The storm was crazy last night.  We all laid in our beds and no one dared to move for fear that the trailer would start to roll away.  The wind gusts were around 84km/hour and trailer rocked us back and forth.  Unfortunately, it was not the comforting rocking of a rocking chair or the rocking we had experienced on the Tall Ship a few days earlier.  We awoke to find 120 millimetres of rain at fallen.  It was as if we were camping in the middle of a very shallow lake now.  The little girls  were ecstatic.  No one could tell them to wake around the mud puddle…the entire campground was the mud puddle.  They made the most this. jumping and splashing every chance they got.  It was like they were in heaven.  They    were even allowed to just play in the water for hours until daddy was done his meetings.

Once daddy was done for the day, we hopped in the car and headed to Peggy’s Cove.  The winds were still intense and the waves were crashing hard.  The girls were amazed at how different the place looked and felt.  When they had visited last year, the water was like glass and they were able to touch it.  Today, we couldn’t even get near the bottom set of rocks.  Daddy, Kaatje and Tammy tried.  The wind and the mist were intense and Tammy thought she was going to die so she  started to run away.  We sat there and watched the power of the waves for almost an hour.  Tammy and Sam were sure they would be able to fly in this wind and they made many attempts.  We stayed until we were soaking wet and cold, then we decided to hop back in the truck and take the scenic drive to Chester.

The last photo is the home we plan to buy on the ocean.  We have always been drawn to fixer uppers.  When we told them that the girls room would be upstairs,  Sam was scared at first.  She yelled ” There is no roof….the rain will get in. I can’t sleep there. ” We have been working on always looking for the positive in things and when I turned and smiled at her, she composed herself, smiled, and said “That is great mommy,  I will be able to fall asleep watching the stars.” 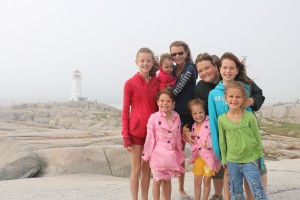 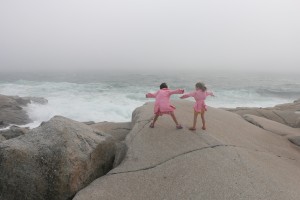 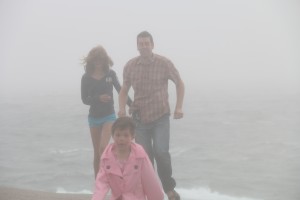 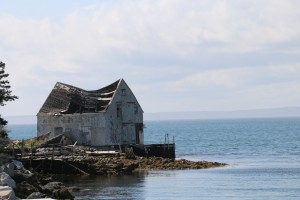