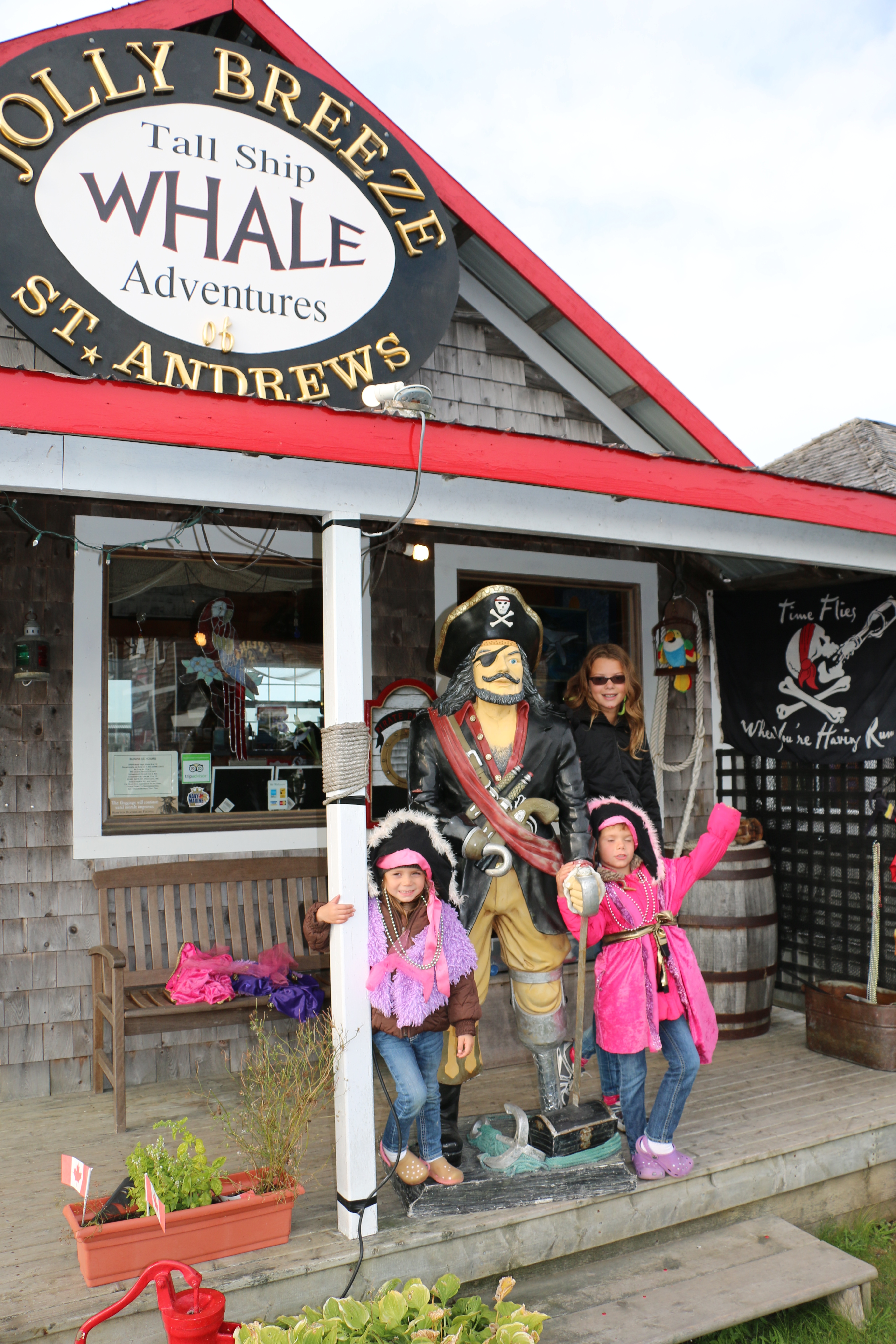 Whales and Sails- Two of Our Favourite Things

Once the kids were all fitted with their pirate costumes, we boarded the Jolly Breeze Tall Ship and set sail.  We traveled across Passamaquoddy Bay, the waves were crazy and we were soaked within minutes of leaving the dock.  Apparently the tide was going out and the wind was coming in, which is not common and created some big waves.  The tide was still high so the focus of the trip out was mostly the history and geographical landmarks.  Mommy’s favourite was the beautiful round stone bathhouse, built hundreds of years ago by a very wealthy family.  The large gates would be opened when the tide came in and then closed to contain the water.  The top of the bathhouse was 360 degrees of windows which allowed light into the bathhouse and heated the water.  Once the water was heated, they would bath.  Imagine getting to bath in two stories of water.  It was larger than any pool we had ever swam in.

Eventually we reached the ” playground of the whales”, also known as the Bay of Fundy.  This is also the playground for island porpoises and white sided dolphins.  We were fortunate enough to see all of these but Daddy wasn’t quick enough to get the photos.  The highlight was certainly the MINKE whale.  We also had the opportunity to see several bald eagles and other birds.

When there were no sea creatures to amaze us, the crew kept us entertained with:

When the wind and the cold felt like it was about to be too much, the crew brought out hot split pea soup.  We were all shocked when Hailey was the first to reach for it and said ” I hope it is a good as Grandpa’s.”  We were all equally as shocked when Kaatje again made use of the bathroom to empty her stomach of the soup.  Poor girl…she isn’t sick but she can’t seem to keep soup down.

We rounded out the trip with a visit to the rocks so that we could see the seals sunning themselves now that the tide had gone out.   Then we collected Sam from the family she had adopted while on board.  I think they would have happily taken her home had we allowed them.  Sam relished the attention of this couple as if she was an only child for most of the trip.  They followed her around everywhere and cuddled her.  Sam even took them with her while she went to meet a new friend across the boat.

Hours later, we are all tucked in watching a movie and laughing about how we can still feel ourselves being tossed back and forth. 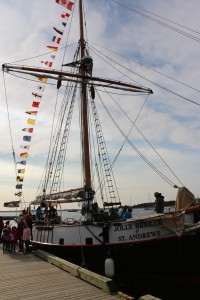 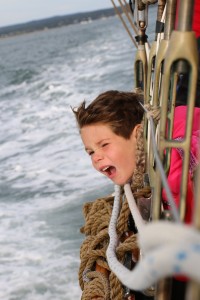 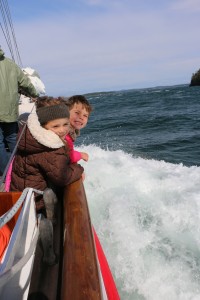 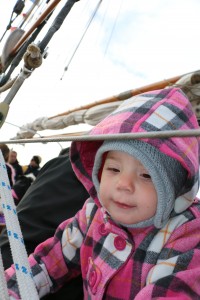 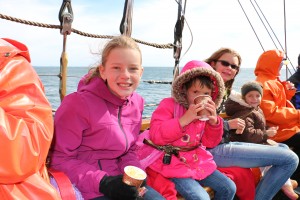 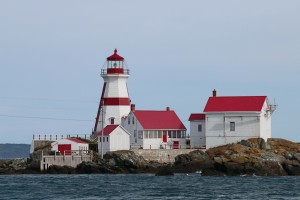 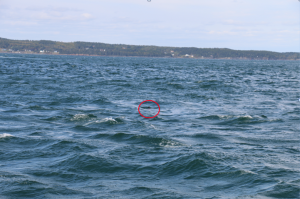 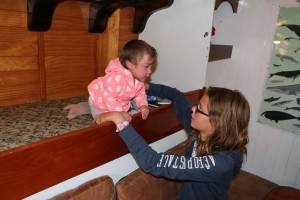 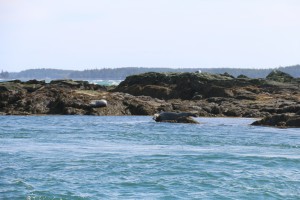 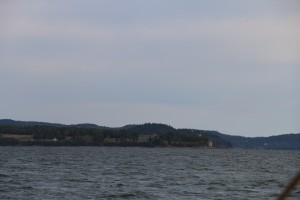