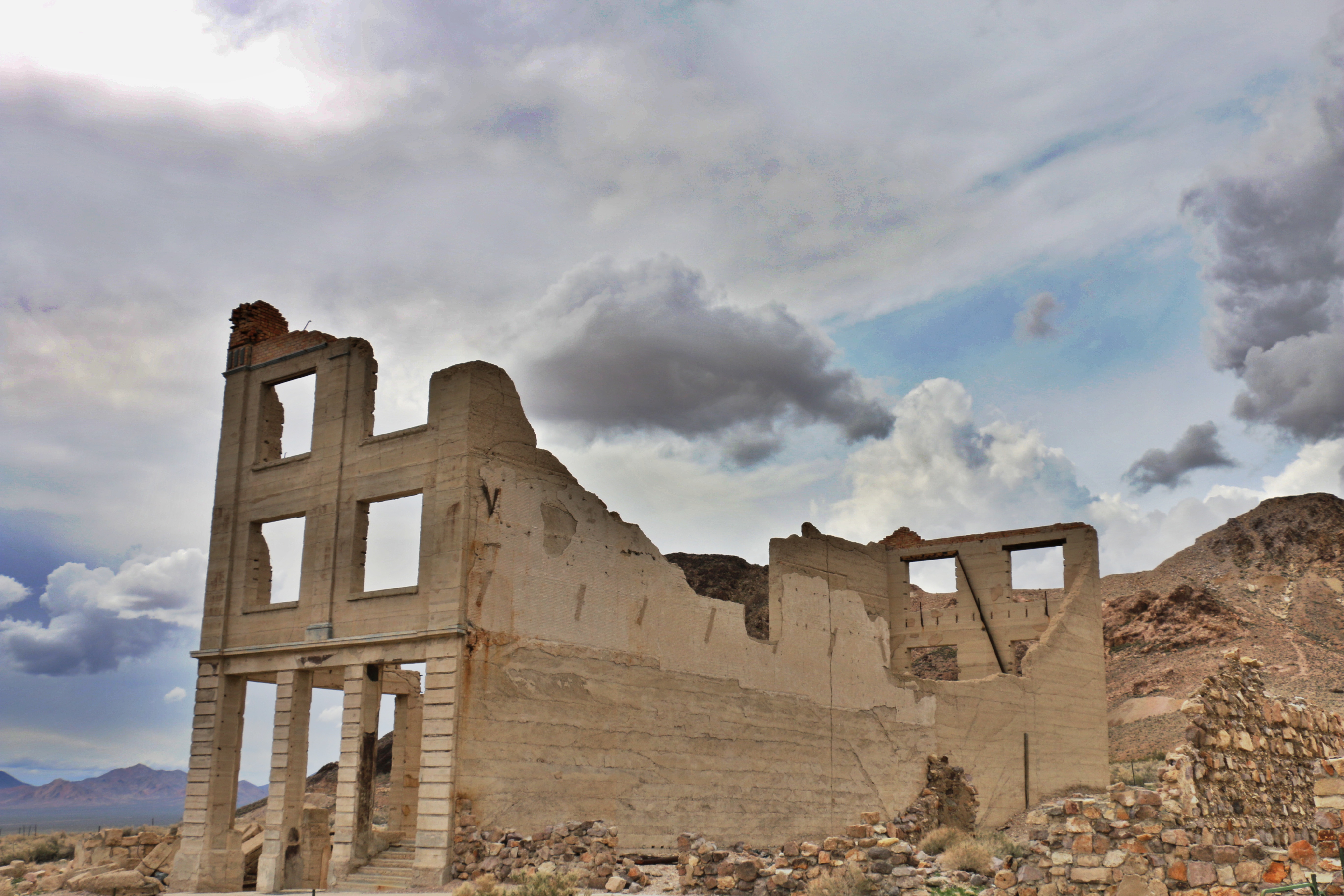 Her birth was brought about by Shorty Harris and E. L. Cross, who were prospecting in the area in 1904. They found quartz all over a hill, and as Shorty describes it “… the quartz was just full of free gold… it was the original bullfrog rock… this banner is a crackerjack” declared Shorty! “The district is going to be the banner camp of Nevada. I say so once and I’ll say it again.” At that time there was only one other person in the whole area: Old Man Beatty who lived in a ranch with his family five miles away. Soon the rush was on and several camps were set up including Bullfrog, the Amargosa and a settlement between them called Jumpertown. A townsite was laid out nearby and given the name Rhyolite from the silica-rich volcanic rock in the area.

There were over 2000 claims covering everything in a 30 mile area from the Bullfrog district. The most promising was the Montgomery Shoshone mine, which prompted everyone to move to the Rhyolite townsite. The town immediately boomed with buildings springing up everywhere. One building was 3 stories tall and cost $90,000 to build. A stock exchange and Board of Trade were formed. The red light district drew women from as far away as San Francisco. There were hotels, stores, a school for 250 children, an ice plant, two electric plants, foundries and machine shops and even a miner’s union hospital.

In April 1907 electricity came to Rhyolite, and by August of that year a mill had been constructed to handle 300 tons of ore a day at the Montgomery Shoshone mine. It consisted of a crusher, 3 giant rollers, over a dozen cyanide tanks and a reduction furnace. The Montgomery Shoshone mine had become nationally known because Bob Montgomery once boasted he could take $10,000 a day in ore from the mine. It was later owned by Charles Schwab, who purchased it in 1906 for a reported 2 to 6 million dollars.

The financial panic of 1907 took its toll on Rhyolite and was seen as the beginning of the end for the town. In the next few years mines started closing and banks failed. Newspapers went out of business, and by 1910 the production at the mill had slowed to $246,661 and there were only 611 residents in the town. On March 14, 1911 the directors voted to close down the Montgomery Shoshone mine and mill. In 1916 the light and power were finally turned off in the town.

Today you can find several remnants of Rhyolite’s glory days. Some of the walls of the 3 story bank building are still standing, as is part of the old jail. The train depot (privately owned) is one of the few complete buildings left in the town, as is the Bottle House. The Bottle House was restored by Paramount pictures in Jan, 1925. The ghost town of Rhyolite is on a mixture of federal and private land. It is not within the boundary of Death Valley National Park.

Rhyolite is 35 miles from the Furnace Creek Visitor Center on the way to Beatty, Nevada. A paved road heading north (left) from Hwy. 374 will take you to the heart of the the town.

We had a wonderful time exploring this town and imagining what it was like in its glory days.  Mine shafts entrances could be seen all around and with the hike from the crater fresh in their minds, the kids were astonished to think of the hikes the workers had to take each day just to reach the mines. 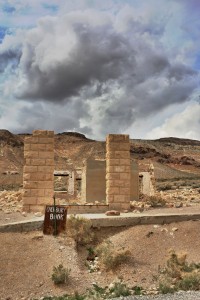 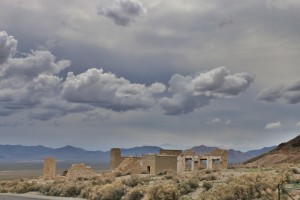 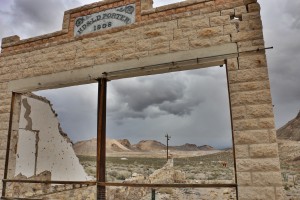