This morning was all about the little girls.  We woke early and set off to the Tennessee Valley Railroad Museum.  This what not just any museum.  It was completely hands on.  We got to experience life as it was for locals during the civil war did.  The term “Local” refers to short line trains that were at one time a lifeline to the world from small towns around the nation.

We choose the Missionary Ridge excursion and begin our tour at the Grand Junction Station.  The Station was decked out for Christmas and was a huge hit with all the girls.  Especially Maria.  She loved cuddling with the massive teddy bear.  It was taller than daddy and she could crawl right up in its lap.  They also had several inflatables that she loved shoving her hand into.  She giggles loudly as her hand disappeared inside. 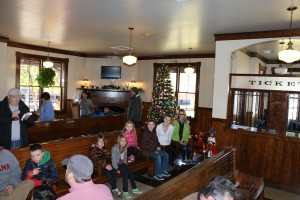 There were about 30 trains in the yard that the older girls could examine.  Including a dining car that was complete with white table clothes and lamps on every tables.  We also got to see the original dishes.  It was beautiful.  We learned the dining car added so much weight that the passengers would need to eat as soon as they boarded the train.  The dining car would then be dropped at the next stop and they would travel through the night and pick up a new dining car for breakfast in the morning.  We also got to explore the cars that housed the museum artifacts. 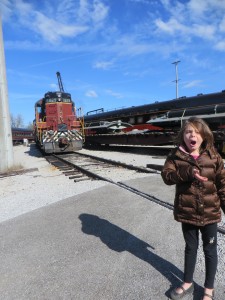 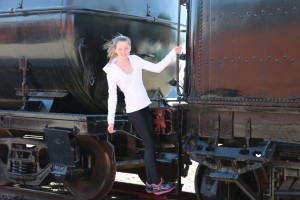 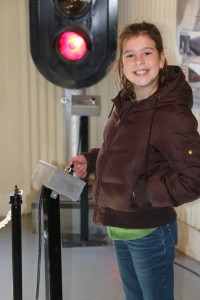 When the train was due to arrive in the station, we headed to the track to get some front row seats.  The girls were so excited as the train pulled in. As the train rolled to a stop, with the ground rumbling under our feet. The girls had their hands covering their ears (from the noise) and the were simultaneously squealing with delight.  You could feel the girls mounting anticipation and their impatience.  They wanted on the train immediately.  Finally, the conductor called the long awaited signal: “All Aboard!” and the girls excitement could barely be contained as we scurried to our seats and settled in for their first train ride. 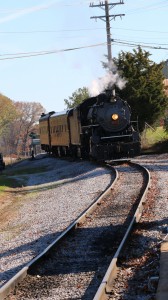 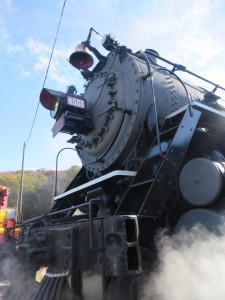 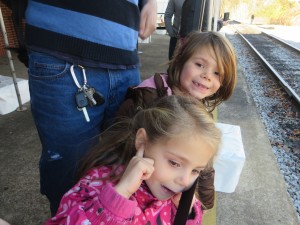 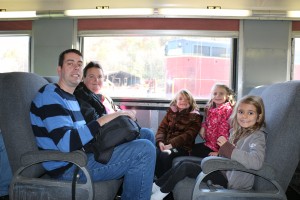 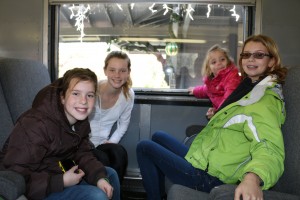 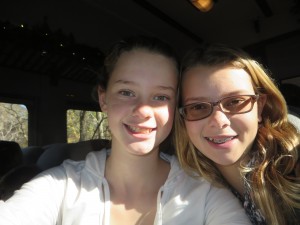 The conductor told us that the train was originally purchased for $5000. It was being sold for scrap since no one wanted steam locomotives anymore.  It then took 10 years to restore it to the way we see it today.  Once everyone was aboard, the train started off along one of the original railroad lines in Chattanooga, crossing four bridges and passing through pre-Civil War Missionary Ridge Tunnel, which was completed in 1858.  The tunnel had actually been used as hospital during the Civil War.

The train stopped at East Chattanooga where the trains were actually restored.  We got to tour the restoration shop and daddy decided he wanted to move her so he could volunteer and learn how to restore these beautiful old trains.  While daddy was fascinated with the restoration, the girls were more focused on the fact that the stop had been transformed into the North Pole.  There were Christmas decorations out the wazoo and we saw the outside of Santa’s Workshop and where the elves live.  We had tried to book the Christmas tour but it was all sold out.  We didn’t actually get to see Santa and the elves but the little girls were just as excited to be at the North Pole.  It wasn’t long before Tammy made the connection between this place and the famous movie Polar Express.  If  her excitement was uncontrollable before, it was now destructive.  She was literally bouncing all over the place and into anyone in her path with the belief that she had just rode the Polar Express.  Only down side is that they now believe Santa repairs old trains. 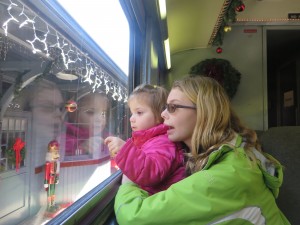 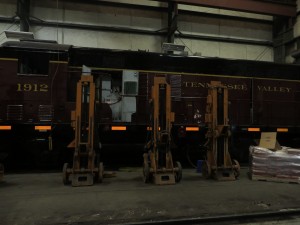 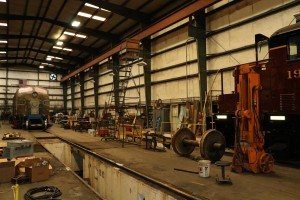 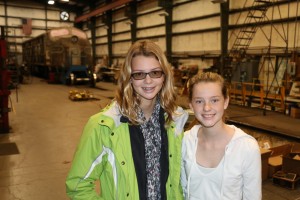 The highlight of the trip was seeing the locomotive rotating on a turntable.  At first it looked like it wouldn’t fit and then seeing this incredibly large structure rotating was surreal for all of us.  When the locomotive was turned around and hooked back up, we boarded the train for the ride back to the station.  The girls were not happy to leave the train but they will have the memory forever.

After this we headed to the National War Cemetery to pay our respects.