So after leaving the Shanghai Tower, like the airport, there was a line of taxis ready to take people back. But afterwards when we got back, we realized we had been scammed financially. Our trip there cost 45RMB ($8.45CAD) but the way back was 150RMB ($28CAD). How did this happen, well looking back a few things were obvious and we won’t make that mistake again. 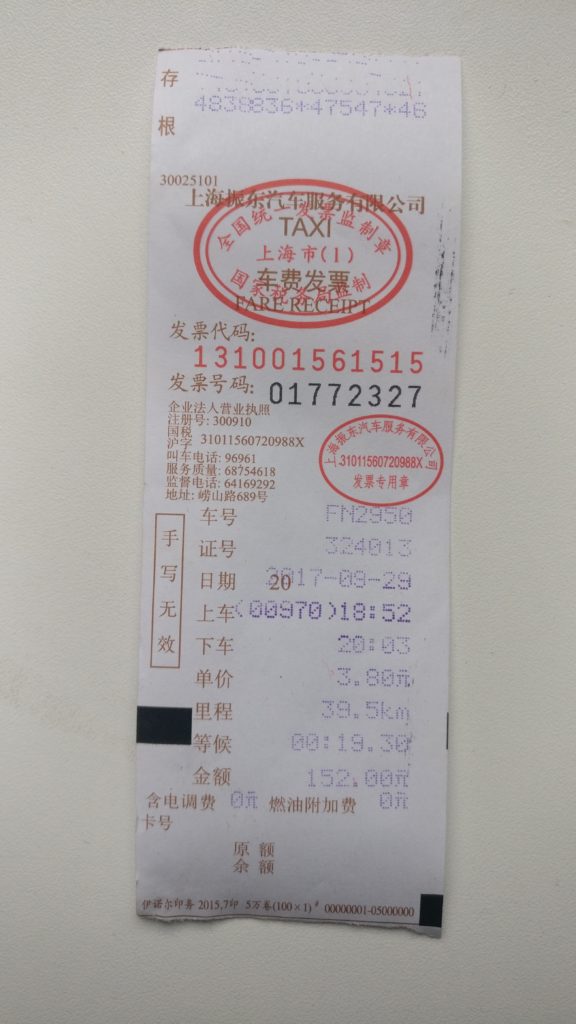