This morning we got up at 7:30 AM. Hailey was worried that we slept in too late, not knowing that there was a different time zone. It was really 6:30 AM. But that gave us more time to talk to Mom and Kaatje. We left the campground around 8:30 AM.

We were about to go into a grocery store when Dad decided to check the air pressure, the ‘front left’ alert was still on. But this time he thought he would check the rear left to be sure, and unfortunately, it had something stuck in it. Thankfully there was a chev dealer not far away, and they were open to help us. An hour later, they had us fixed and we left at 9:45 AM.

We still needed groceries so we headed back and picked up a few things. As Dad was opening the slide to put the groceries in the fridge, we had another mishap. The pantry door had opened and as the slide opened, grabbed it and snapped it off.

Dad was terribly defeated. It was supposed to be a short drive day, ending at the hot springs.

As we continued, we stopped at the Theodore Roosevelt National Park and took in the bad lands. 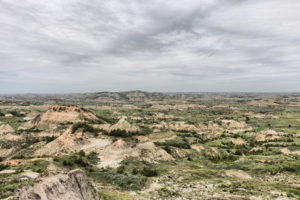 We continued on and found Montana to be very much the same as North Dakota. Straight, not many cars and amazing blue skies. 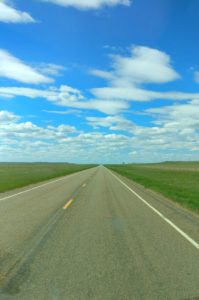 To makes matter worse, the route we took had us in no cell coverage, so we had no way to reach mom & Kaatje. We arrived at the hot springs by 6PM, and went for a swim. 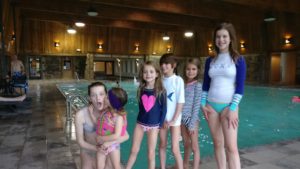