This morning was amazing! I woke up in an amazing mood… and will for the rest of the trip! We had an amazing breakfast of oatmeal and I felt amazing!

Anyhow, another homeschooling morning… compound figures in math, and some amazing reading (that was my choice, it actually takes strength of the mind, mentally and physically to put down a Twilight book… don’t worry- Jacob and Bella are still in the friendship zone but I think something else is sprouting from their time spent together).

However, it wasn’t long before we were off and away! Our first stop was Noah Bud Ogles Cabin. 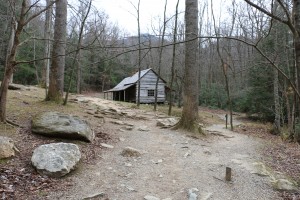 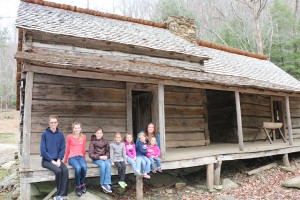 Here, we got to explore their cornfield, house, barn, chicken coop, and bee gums. There was a stream that ran through the property and we were shocked with how rocky the terrain was.  It was truly beautiful, a little cabin tucked away in the woods…

In case your wondering what bee gums are- they are a gum tree, hollowed especially by decay, in which bees live or from which hives are made. This allowed the family to get honey. Now, how did they harvest the honey? They would cut two small opening in the hive.  After they made the first cut, the bees would come to inspect it, then you could quickly made the second cut and you could quickly reach in and cut out the comb.

It was really cool inside the house, it was more or less like the rest we saw, but we learned that most people built the barn first, first off all so they could practice and notice if they made any mistakes, and second was because unlike us, the animals would run away.

We went on a VERY tricky nature trail that lead us through ponds and curving trees but we finally had to turn back because it was getting too rough.  Sam still struggles on those fallen leaves 🙂 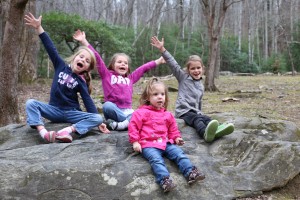 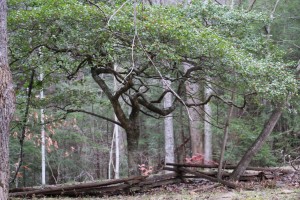 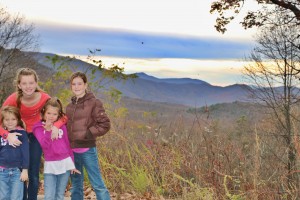 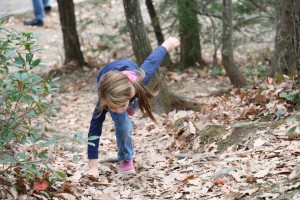 On our way to our next stop, we were driving along a river called the babbling brook and Dad finally couldn’t help himself.  He parked the car and we all climbed down. 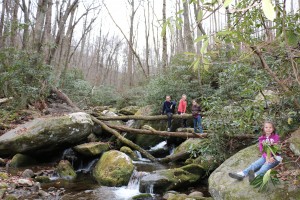 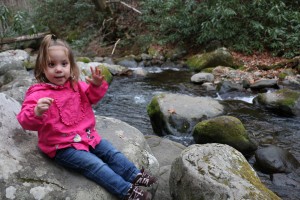 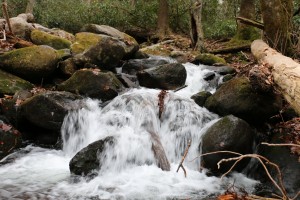 Mom was Sam’s buddy this time.  It was just surreal getting to go down there and explore the creek and the ever-fresh water.  Dad convinced us all to wash our face is the water… like he always does at a beautiful stop like this.

When we climbed back up that’s when the real treat arrived. We first saw a house, which was made of lumber, so not as old as the other houses, and was painted white, green and yellow.  I know it seems like an odd combination but it really suited this house. It was one of the most upgraded houses we had seen there yet!  Sadly the door upstairs was blocked off and some stupid person had actually tried kicking it in and breaking the wood off the door to get inside.  I saw a beautiful quote here that read, “The stay here, stays with you”. Very true. 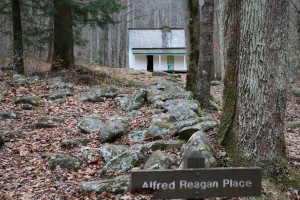 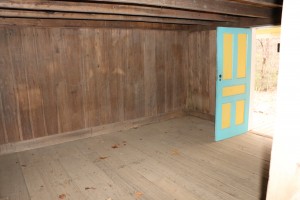 Next was dad’s personal haven, dad is really wrapped up in all this history stuff, and this family had their mill! Completely absorbed in the history and the ingenuity behind this mill, he could have stayed there for days! 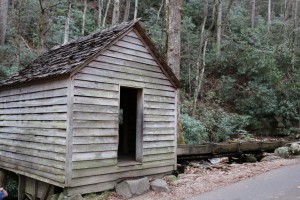 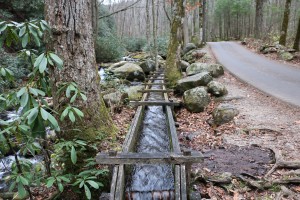 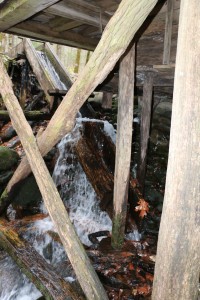 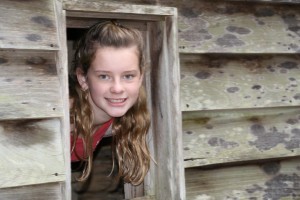 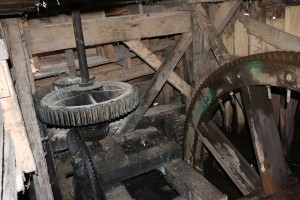 Last, we saw a house where a married couple raised their nine children… in a two-bedroom house. I can only imagine those cold winter days when every one was cramped inside! They two had a chicken coop and were located right by a large stream, making it much easier to collect water.  This homestead was Maria’s favourite. 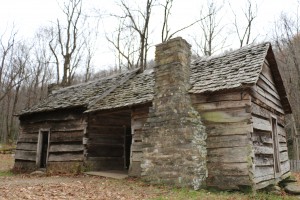 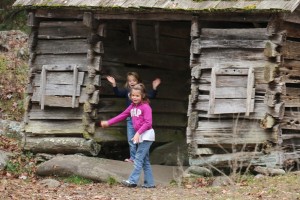 This place had two barns, and a really pretty twisting road (the old one they used to take) and a stone fence covered in ivy, which was so pretty!  Maria wandered around all by herself determined to explore every square inch.  The terrain was very rocky but she insisted on doing it alone.  When she feel she would simply laugh and get back up.  We stayed longer then normal because every time mom asked us to head to the car, Maria would say “No.  Please.”  Being the sucker that she is, mom would always say 5 more minutes.  Eventually when mom insisted it was time to go, we all headed for the car.  Everyone except Maria.  Maria bolted up the rocks and toward the house.  She reached it just as mom reached and grabbed her.  Maria latched on to the door frame and screamed a blood curdling scream.  She was determined to stay.  Unfortunately for her, Mom was eventually able to pry her off the building and secure her in her car seat.  She screamed the entire time.

Later at home mom and dad went on a quick date and we were all almost asleep when they came home.