This is the closest mall to us and certainly very large. It has a very broad variety of stores from lower levels with quick serve type food and a European market,  ground level stores selling clothes, shoes, and upper levels a mix between restaurants and game areas.

The mall itself, as others online state, is likely the most un-intuitive laid out mall I’ve ever seen. There are 3 main towers that rise about 30 floors. I assume those are business and residential areas. Underneath is a subway line. The first couple of floors you have to walk outside to get to the next section in the circle (see picture below) and the stores are so diverse and not grouped it’s confusing (ie. there is an English learning company next to a flower store next to a restaurant).

Since we got here we’ve been craving pizza and all the maps show Pizza Hut as being there, but I’ve yet to see it. Here is the google maps of it (apple maps shows the same thing btw).  I didn’t see an Outback Steakhouse either, so I think this is just old data. But there is a Starbucks exactly where the maps says it is. 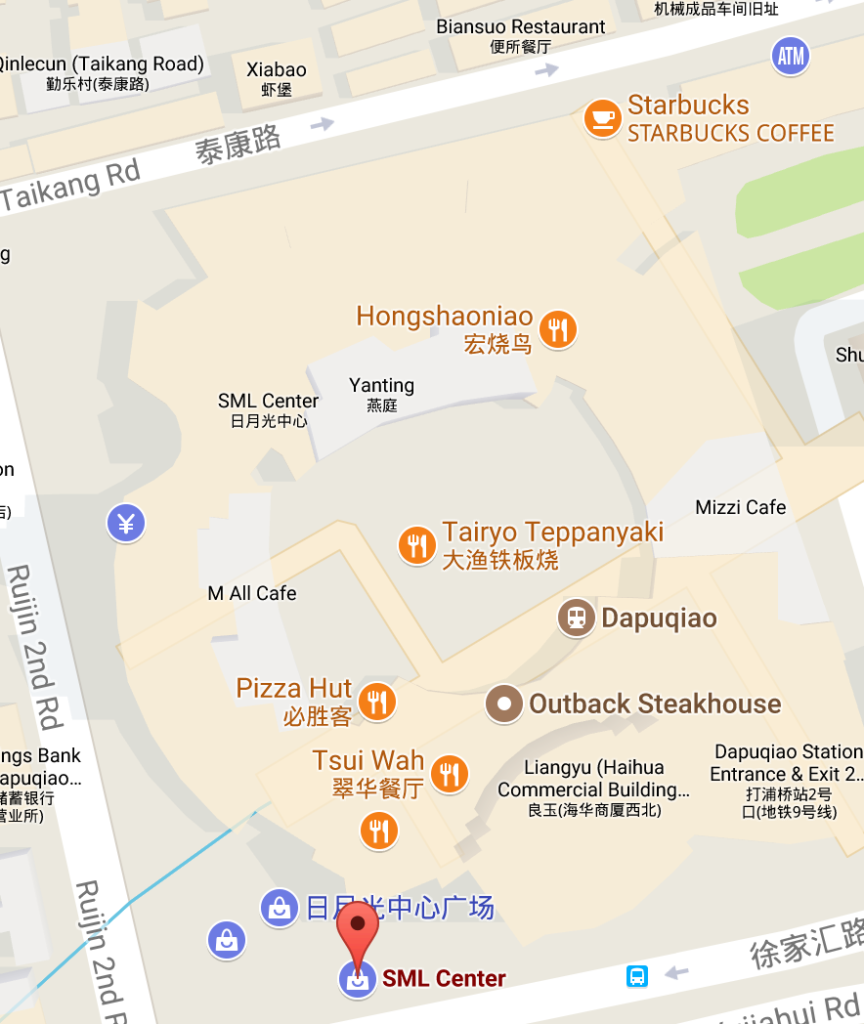