When we decided to head to the Outer Banks, we were well aware of the fact that is was hurricane season.  But we rationalized that it was just the start of hurricane season…..We would be fine!  When we started our journey on Sunday, we were tracking a tropical depression with keen interest.  By Monday all we could see was pounding rain and our mother’s worried faces! 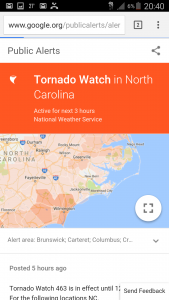 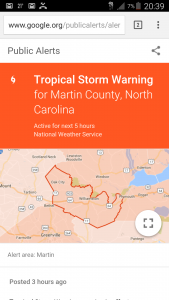 So, we decided to make a last minute detour to Washington DC.  The kids were excited at the thought of being able to visit the Smithsonian- as featured in Night at the Museum Two.

With only two days in DC, we were determined to pack in as much as we could.  We dropped the trailer at the Capital KOA around 10am and we were off.  We started the day at the Smithsonian National Zoo.  It is one of the oldest zoos in America and it is free!  A wonderful surprise for a family of 9. 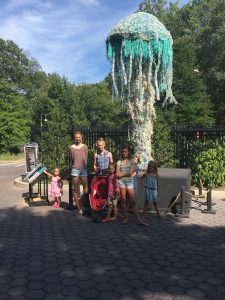 We found all sorts of animals- Lions, tigers, giraffes and the zoo’s beloved giant pandas. The zoo’s habitats feature animals from 400 different species and about 25 percent of the zoo’s residents are endangered. 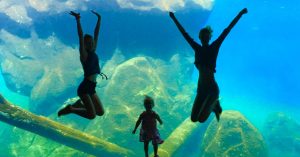 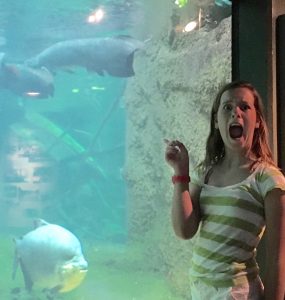 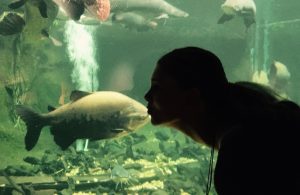 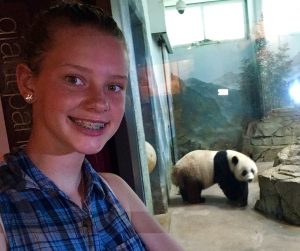 Maria was super excited to finally get to touch a cow and we Nemo and the rainbow fish that we read about almost every night. 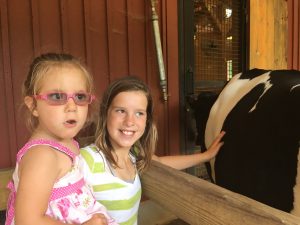 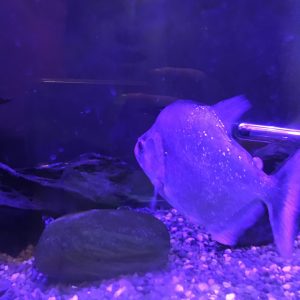 Maria also loved that several of the animals roamed free.  She sat beside the pink flamingo for a long time and had a wonderful chat.  She never did get the high five she kept asking for though. 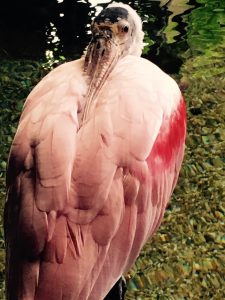 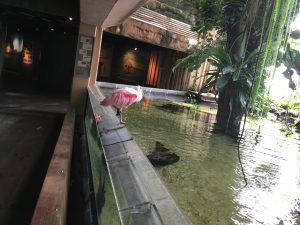 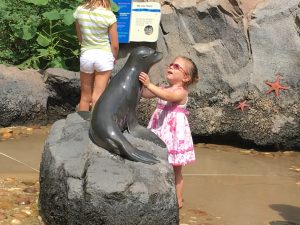 When we finished at the zoo, we headed to Gravelly Point so that Daddy could relive some of his favourite childhood memories with the girls.  Every time we are near Trenton, we drive by where Daddy use to live.  We hear his stories about how he use to ride his bike to corner for a popsicle and to play a video game.  Then we see the spot where he use to park his bike and watch the planes take off from the airbase.  Unfortunately, we have never been able to see a plane take off.  That all changed today.  Today we got to hear the roar of the planes and feel as though we could reach up and touch the planes leaving the Ronald Reagan Airport.  The girls squealed with joy and Maria buried her head into my chest while screaming ” Scared!” 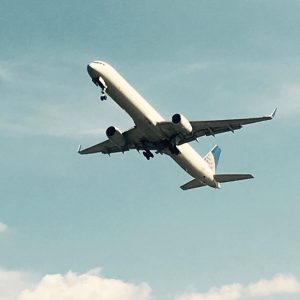 Once we were finished our snack, we headed out to Great Falls National Park.  At Great Falls, the Potomac River builds up speed and force as it falls over a series of steep, jagged rocks and flows through the narrow Mather Gorge. The Patowmack Canal offers a glimpse into the early history of this country.  It was fascinating to read all the historic plaques outlining how near and dear this project was to George Washington.  The canal took 17 years to build and many more to garner the necessary support.  For a more detailed history on the canal, click here.  We spent a long time marveling at what an engineering feat this was for 1785.  I am sure we would have stayed longer but the bugs were feasting on us so we headed back to camp and called it a night. 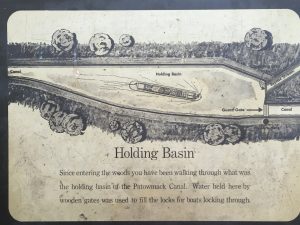 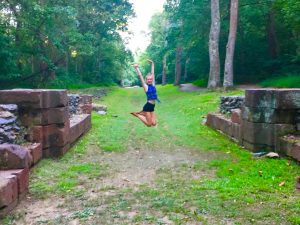 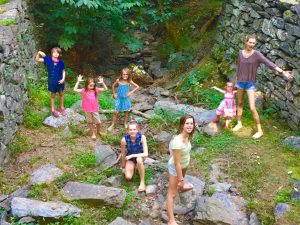 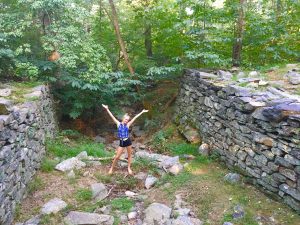 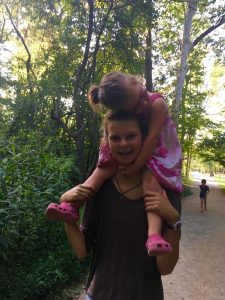 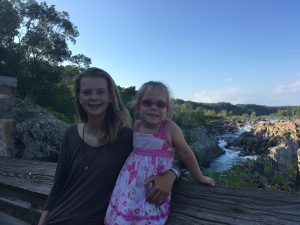 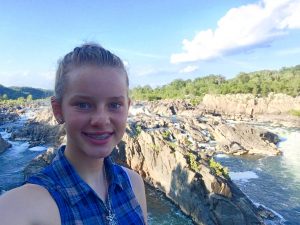