At over 1,400 acres, Fort Clinch State Park is situated on Florida’s northernmost barrier island- Amelia Island. As the name indicates, it is also home to Fort Clinch.  As we stepped into the fort, it was as if we were transported back in time to the year 1864.  We got the opportunity to explore the many rooms, galleries and grounds of the fort and learned how the soldiers worked and lived each day.

This site was first fortified in 1736 by the Spanish, when they held colonies in Florida. From 1736, various nations to control the territory have garrisoned and fortified this site to protect the entrance to the St. Marys River and Cumberland Sound.

After the end of the Second Seminole War, the United States started construction of a fort, later named Fort Clinch, in 1847. It was part of its Third System of coastal defenses conceived earlier in the century, which guided fortifications throughout this period. The fortified compound is pentagonal in shape, with both inner and outer walls, and consists of almost five million bricks. There are corner bastions and embrasures in the outer walls and several structures in the interior courtyards, including a two-story barracks. The fort was named in honor of General Duncan Lamont Clinch after his death in 1849. General Clinch fought in the War of 1812 and was an important figure in the First and Second Seminole Wars.

Confederate forces seized the fort in early 1861. It was used as a safe haven for Confederate blockade runners during the first year of the Civil War. However, changes in technology, specifically, the development of rifled cannon, had improved weaponry to the point that the fort’s brick walls were vulnerable to attacks and thus obsolete. In March 1862 General Robert E. Lee ordered abandonment of the fort in order to use scarce troops in other areas. Federal troops re-occupied the fort in early 1862, taking control of the adjacent Georgia and Florida coasts. They used the fort as the base of Union operations in the area throughout the Civil War.

The fort was placed on caretaker status in 1869; it remained so until 1898, when the Army garrisoned it during the short Spanish–American War. In September of that year, the Army abandoned it again. The fort gradually deteriorated.[2]

During the Great Depression, workers of the Civilian Conservation Corps (CCC) began restoration of the fort during the 1930s. It was restored to the Civil War era.[3] In 1935, the State of Florida bought 256 acres (1.0 km2) that included the then-abandoned fort and the surrounding area. Fort Clinch State Park including the fort, opened to the public in 1938.

The fort was closed to the public during World War II and used as a communications and security post. It was re-opened to public visits after the war ended.

The fort was placed on the National Register of Historic Places in 1972. It is interpreted largely in terms of its use as a base of Union operations during the American Civil War.[3] State Park personnel reenact military life at the fort, which is open from 8:00am until sundown, year-round. 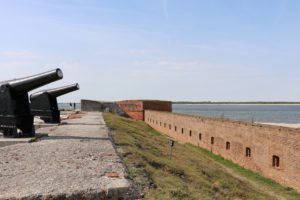 View from the the top of the fort 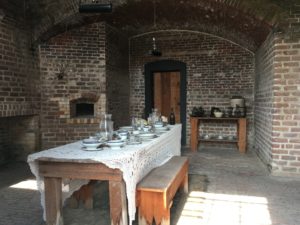 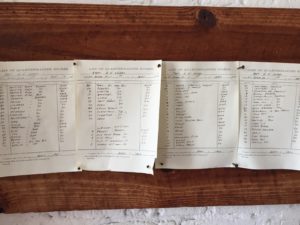 Journal Entries form the stock room. Interesting to see what they carried and what their meals would have consisted of.

Guards quarters next to the jail 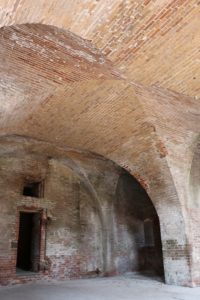 Amazing Brick Construction! It was beautiful to see and imagine what it must have been like to build. 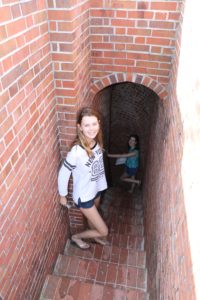 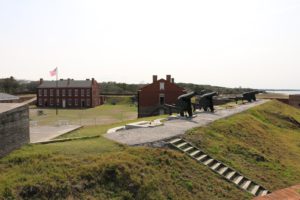 View from outside wall 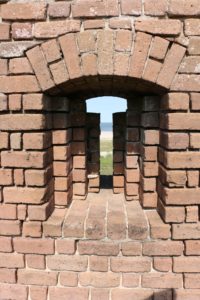 Once again- the reward for paying attention to the history lesson is beach time.  We are definitely a water family.   We spent the remainder of the day enjoying everything else that Fort Clinch State park has to offer.

On the drive home, we researched the large pipe that was running across the beautiful beach and we learned about their unique beach restoration project.  It was an interesting read.  You can check it out here. 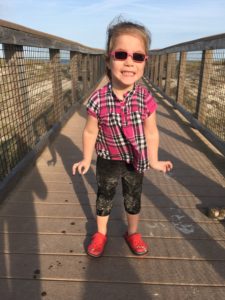 Maria- barely able to contain her excitement heading to the beach. We actually ended up on shoe less by the end of this boardwalk. The shoe was never found. 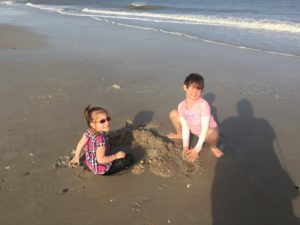 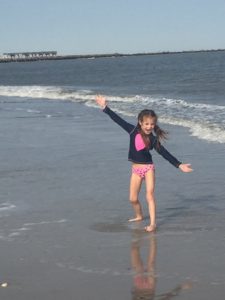 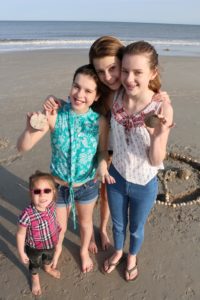 Showing off the sand dollars 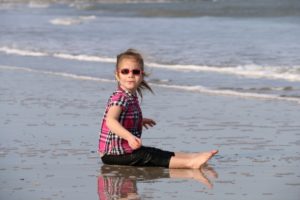 The water was too cold for everyone- except Maria! 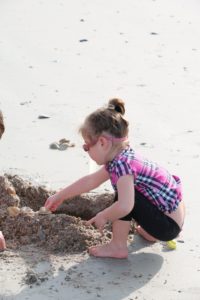 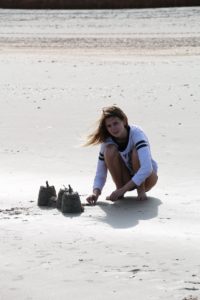 Kaatje challenged Hailey to a sand castle building contest. Finally Hailey found something she can beat her at 🙂