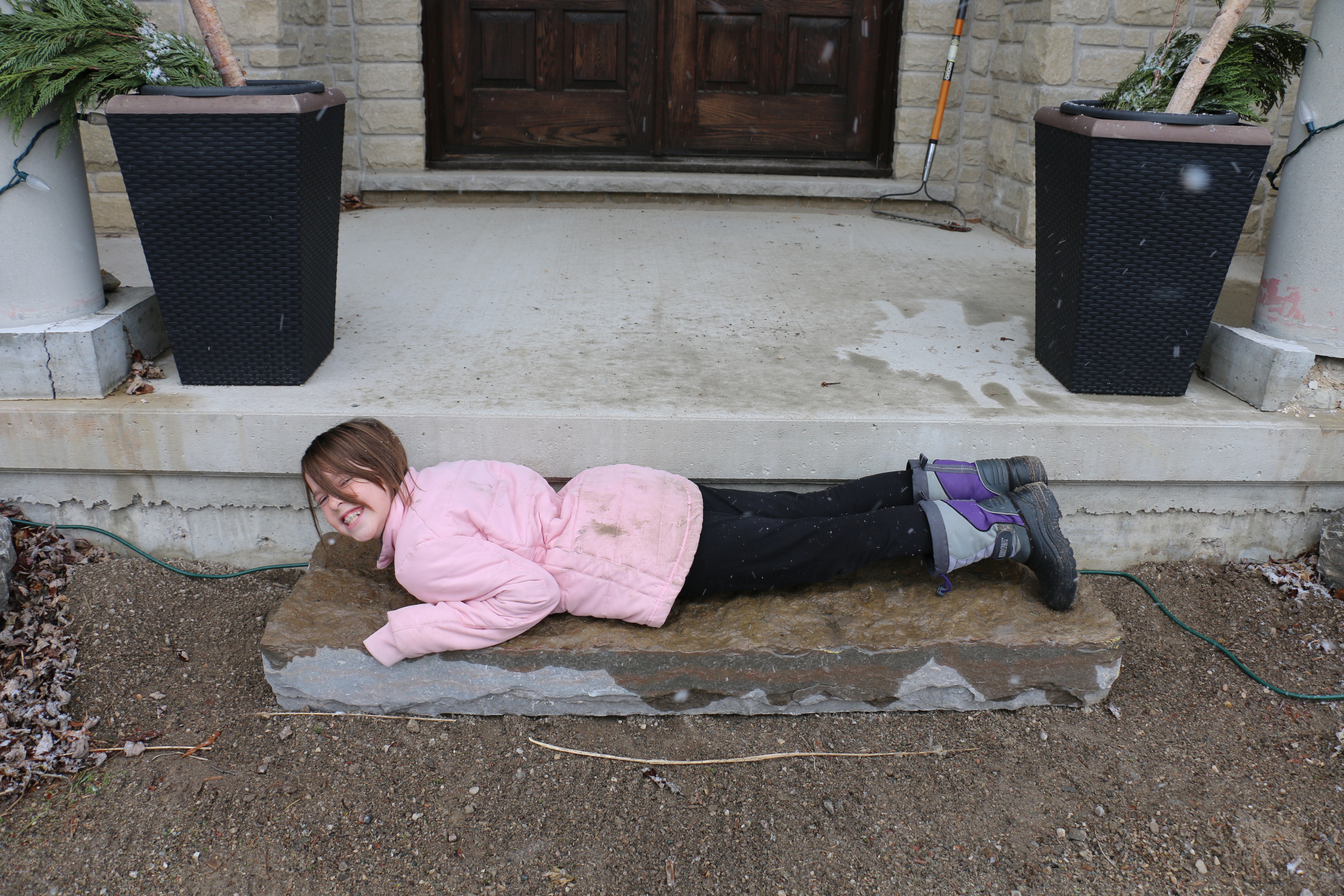 I HAVE THE POWER

The people who built this house never put in a front step. So guests have relied on a huge step up or walking on the side rocks. So I decided it was time to solve that. Well, rocks are REALLY heavy 😉

After an initial frustration, the old Egyptian technique of 1 1/2 PVC pipe rolling the rock (which is 5ft long and I’d guess 500lbs) worked.
Hailey was my official runner, taking the pipes from the back to the front.

(Heman reference to the title)