Today was definitely a day of ocean adventures.  We started the day frolicking on the beach.  The older girls were determined to get up on  the surf board- mainly because Daddy promised a Dairy Queen treat of their choosing if they did.  The younger girls and Mommy build sand castles and practiced our skim boarding.

We laughed and joked that the life guard had stationed himself next to us in his four by four truck because we were the crazy family with seven girls in the water.  Rip currents are very strong here and we thought we were probably making him nervous with our parent to child ratio.  Little did he know…that the girls are practically mermaids with the amount of time we spend in the water.  He was soon to find out though. 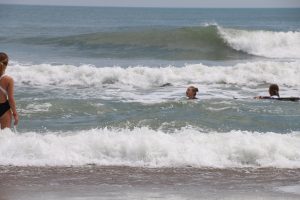 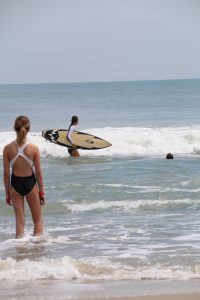 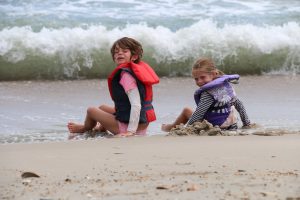 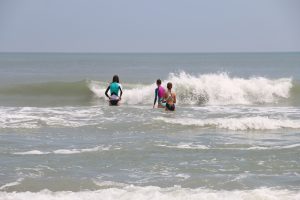 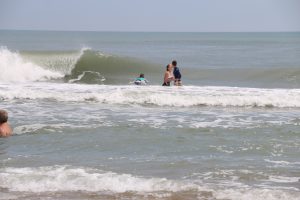 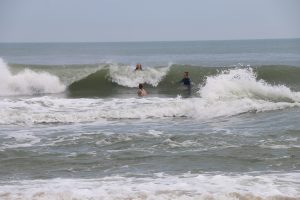 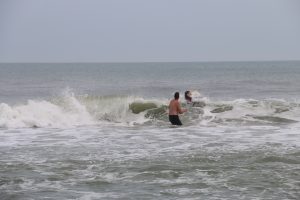 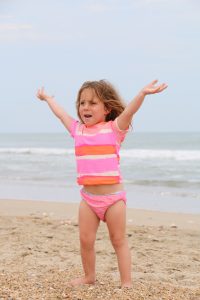 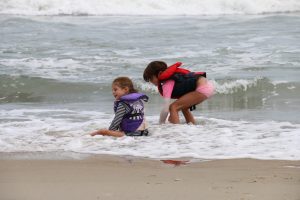 About an hour into our beach fun, there was a big commotion out in the water.  Mommy looked up to see a look of terror in Daddy’s eyes.  He was frantically motioning for Mommy to summon the lifeguard.  Mommy jumped to her feet, worried the girls had been caught in an undertow.  A quick scan reveled that all three girls were still accounted for. Phew!

It instantly became apparent that the girls and Daddy were actually performing a rescue.  The lifeguard radioed for back up and then began assessing the surf.  It took him several minutes to enter the water.  Mark and the girls had loaded the injured man on their surf board and towed him more than half way in before the lifeguard reached them.  It turns out he had been out in the surf and suddenly loss all feeling in his lower legs. With his numb lower body, he had needed all of his arm strength to simply keep afloat in the pounding surf.  Luckily, Kaatje had heard his faint screams for help, because the exhaustion was already setting in and he was slipping under the water for extended periods of time by the time they got to him.  It would have been so easy for him to just slip away unnoticed. 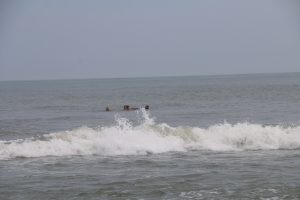 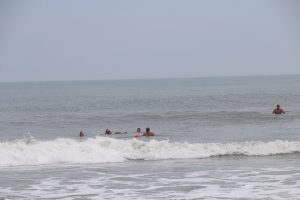 It was impressive to see the lifeguards in full action after the handoff but we decided to head to the pool to give the man some privacy and to get clean before our Ocean Detectives outing later that afternoon. 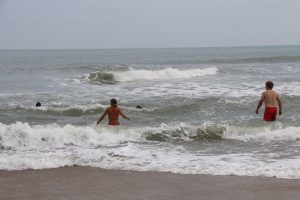 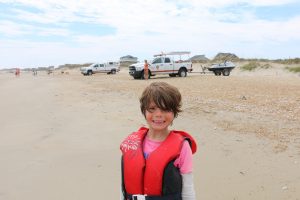 Ocean Detectives was very informative- we walked  down the beach with our guides and learned what’s happening in, on, and under the beach! We got to identify shells, plants, creatures, and beach features we’ve been so curious about. Then, we hopped over to the sheltered waters of the sound and seined for fish and other water dwelling animals. 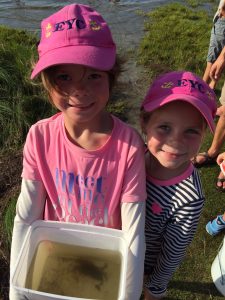 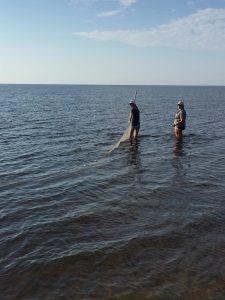 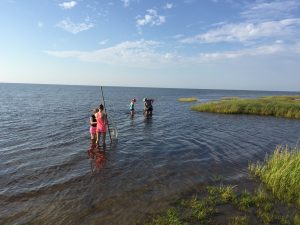 We ended the excursion with a trip to the Cape Hatteras Lighthouse and learned about how they had to move this historic landmark because of the eroding coastline. 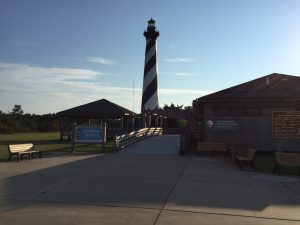 I expected that by the time we returned to the trailer, the girls would be all beached out and want to head to the pool or hot tub.  I was wrong.  They wanted to head back to the beach to practice their surfing.  Daddy took them back while Mommy cleaned up dishes.  Mommy was looking forward to some alone time to rejuvenate.  Unfortunately, that was not in the cards.

The girls were in the waters for only a few minutes before the fin of a shark was spotted circling near them.  They immediately warned the cute surfer dudes they had been admiring and they confirmed Daddy’s insistence that everyone get out of the water.  Apparently a group of sharks is okay but one shark is not.