If you are looking for free things to do, St Louis is the place to visit.  It seems as though everything here is free admission.  The zoo, the art museum, and now the science centre.

After the sugar rush from the Root Beer Floats, we figured we should head somewhere for the kids to run off some of this energy.  It was pouring rain so we headed to the science museum.  The kids only complaint was that we did not have nearly as much time as they would have liked.

The exhibits started as soon as we entered the skybridge from the parking lot.  We got to use radar guns and clock the speeders on the highway below.

Once inside, we headed straight to the basement to see the giant life size  dinosaurs that actually came to life right in front of us.  Maria was in shock!  I don’t think she closed her mouth once when we were int he exhibit.  She wasn’t scared though!  She wanted out of her stroller to get closer. 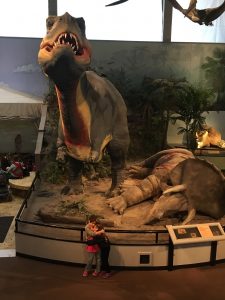 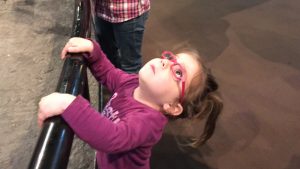 After that we learned about energy and how our house produces electricity.  We saw how the windmills by the cottage work and we got to build electronic cars. 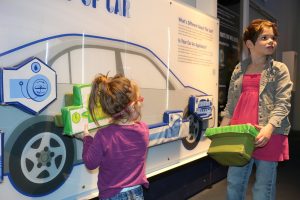 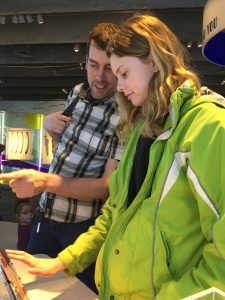 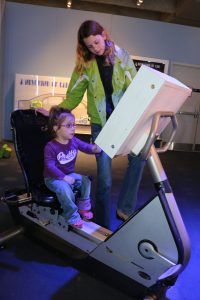 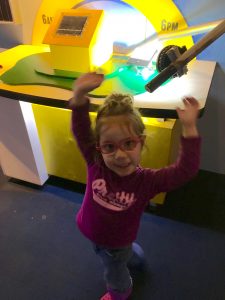 From there we headed back upstairs to the engineering exhibit.  With a group effort, we built the St. Louis Arch. 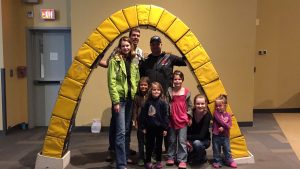 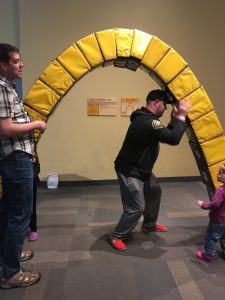 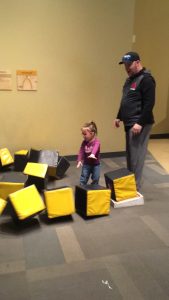 Then the competition set in.  It was a Survivor style challenge between Daddy and Uncle Ryan.  Both were building arches.  The question is who would come out as the sole survivor  To add to the pressure, Kaelyn amd Kaatje acted as the Jeff Probst commentators.  Daddy cried foul when he finished first but Ryan was declared the winner.  But before he could finish arguing about the bias judging, his arch collapses.  He then conceded that Ryan was in fact the winner!

But Daddy still wasn’t ready to give up.  He challenged Ryan to a competition to see who can build the tallest structure.  The two of them dove into those blocks determined to prove once and for all that they were the best.  Neither of them stopped for a second to read the signs which told them this exhibit was about earthquakes.  The exhibit showed the difference between buildings being built right on bedrock versus modern day engineering.  Unfortunately for Ryan, he was building on bedrock and when the earthquake hit, he didn’t have a chance. 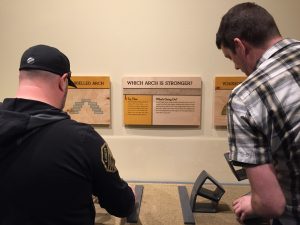 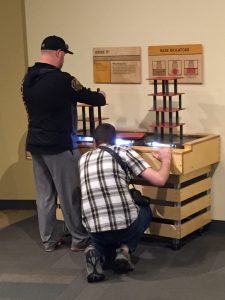 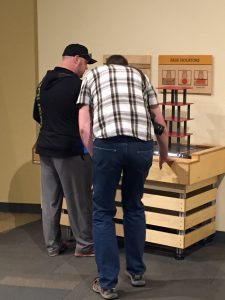 We all had a good laugh and Ryan went on to redeem himself by teaching Kaelyn how to build a suspension bridge. 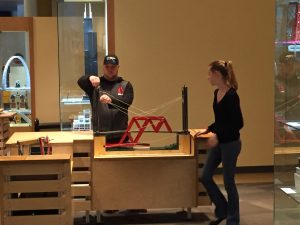 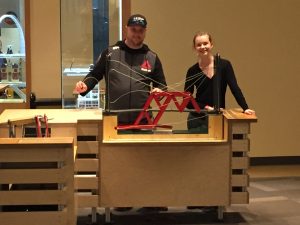 We rounded out the trip by seeing what it would cost to send us all to space.  Maria could go for $100 000 but it was 1-2 million for the rest of us.  Don’t think we will be going to space any time soon 🙂 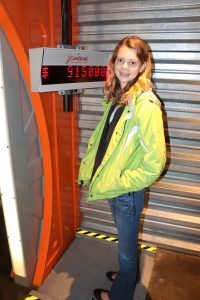