The first day of travel was uneventful.  We pulled into the Wytheville Virginia KOA on schedule, had some dinner, and cuddled up to watch HGTV.

We woke in the morning and  the kids decided to eat breakfast outside since it was s nice outside. We warned them that it was early and people were still sleeping so they needed to be quiet. They assured us they understood and Mark and I set to work packing up the trailer to the get ready to leave- determined to be enjoying the Florida sun by late afternoon.  Within 1 minute, screams were heard from miles around. I bolted back outside to see the 3 little girls wailing over 1 dead spider. ONE! DEAD! SPIDER!  I was not impressed  and with one look at my face, they all fell silent. I then reminded them about the mass amount of spiders we reside with in Erieau- and how we have all survived. I again reminded them off all the people trying to sleep. They once again assured me that they would be quiet and I would not hear a peep from them. Not believing then, I insisted they finish their breakfast inside with me

I stepped back inside to get Coco settled in her crate and Mark headed off for a quick shower. Before I could finish, the early morning silence was shattered with the screaming of the 3 older girls were screaming in unison and I knew if we hadn’t woken the entire campground earlier, we just did. I came busting out of the trailer with fire burning in my eyes and I instantly broke out laughing. The girls who had been enjoying their muffins at the picnic table were surrounded by at least 30 aggressive ducks and what appeared to be a handful of white swans. One determined duck had even jumped onto he picnic table and was in the middle of them. We quickly ditched the muffins and ran to the safety of the big white van. I wish I had gotten a photo for you to see. It was quite a sight.

Within a few minutes, we were on the road, and waving good bye to our duck friends. Believing the excitement was behind us, we settled into enjoy the mountain scenery. We were learning about the special truck ramps in the mountains- the ramps for transport trailers to use when their breaks fail and they are picking up speed. Assuming none of our children were going yo be truck drivers, it seemed like a hit of useless trivia until suddenly, our trailer breaks failed!  Now we were careening down the mountain with 10 000 pounds pushing us faster. Fortunately, we had recently had the truck breaks done and we didn’t need to use the emergency ramps. The breaks were s verily overheating though by the time we reached the bottom of the mountain.

Luckily, the near by Camping World agreed to squeeze us in as an emergency. Much to our surprise, they said the breaks were not our major issue. The major issue was a missing Bol from the hitch assembly. These are suppose to be locking bolts but they informed us that people do steal them so you need to make sure to check them regularity. We also had a broken break away switch. They told us with the current condition of the hitch, we were a few bumps away from it breaking off- and Coco probably would have been lost in the wreckage since she rides in a crate in the trailer. And who knows what else it could have skin out along the way. VERY SCARY!

We spent most of our 6 hour detour having a picnic in beautiful Lakewood Park. The weather was amazing and we are all alive and well.  So all in all, we are considering it a pretty successful day- considering how it could have gone. 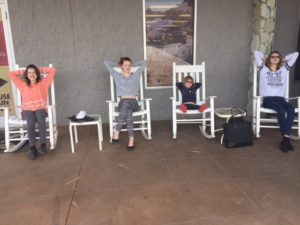 Chilling at Camping World- We were the official welcoming committee for several hours. 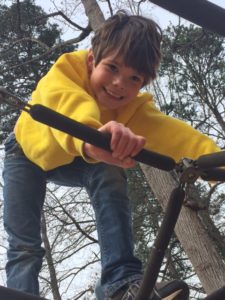 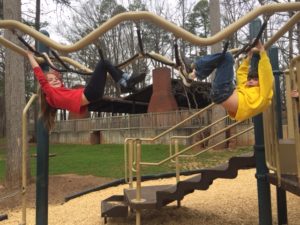 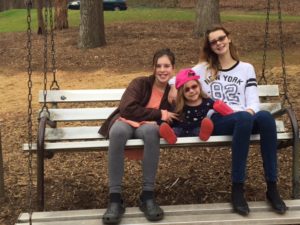 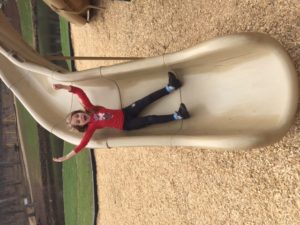 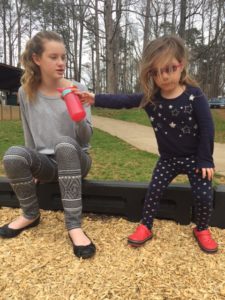 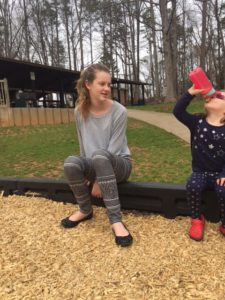 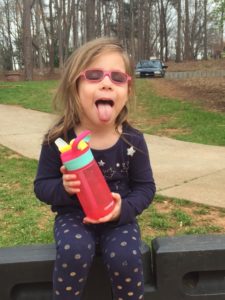 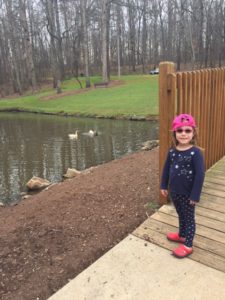 Maria enjoying some quiet time alone with the ducks since she was not willing to share.