They are still confusing, but the ability to use google maps is a HUGE asset. Here is an example:

It actually tells you what to expect for fares. For the first week we did pretty simple trips, 2 of them requiring a transfer. But there are 2 other subway rides to consider here:

One of the pictures you will see the actual far screen. It was funny because the bottom lines says to “Please insert insufficient funds” – well, I don’t need to add anything then 🙂 Overall the translation here is much better than China was.

This shows you which train stops at which stations 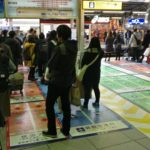 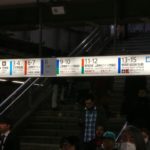 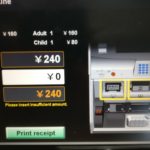